An interesting article was published recently by Adamson, Dickson & Tomas of CEB in the Harvard Business Review 'Why Individuals No Longer Rule on Sales Teams' which certainly got my attention.

The piece contains some interesting discussion of the emergence of social selling and proposes this as a catalyst for a changing landscape to team based sales processes. The point where the authors conclusions part significantly with my experience related to sales execution and performance occurs when an example of Microchip (cited by Dan Pink in his 2012 paper A-Radical-Prescription-For-Sales) is highlighted as proof of how sales compensation is fundamentally changing.

"For instance, the sales function at Microchip, a global leader in semiconductors, has jettisoned the traditional highly leveraged variable comp plans based on individual performance. Instead, it’s taking an approach that looks strikingly similar to what you’d find elsewhere in the company: competitive base salaries coupled with a small variable component based on company and unit performance. The results? Record growth and profitability, increased rep engagement, and near-zero attrition. (For more about Microchip’s experience, see Daniel Pink’s HBR article “A Radical Prescription for Sales.”)"

The example cited above is an interesting and provocative sales compensation case, but I found that it left me scratching my head and asking a fundamental question; Is Microchip a leading indicator of a mass shift in sales strategy & compensation practice as the authors contend, or is this just an example of a company whose sales comp plans may have been overdue for some redesign ?

Several points of reference from my own background factor into which way I am leaning on this discussion;

Microchip us a Semiconductor manufacturer; as someone with some direct industry experience, I can pass along the following food for thought; 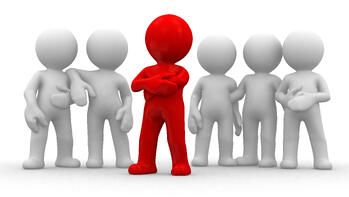 Overlapping with this background are several touchstones to design of Sales Compensation plans which factor into my perspective, foremost include;

With these two reference points, I found myself asking a few questions about the original Microchip plans. Why was the Microchip sales team on “a highly leveraged plan” in the first place? How were they defining ‘individual performance’?

The original Microchip plan structure strikes me as out which might be out of sync with industry drivers that would tend towards lower leverage and more process/milestone based performance measures. In addition, I’m not sure switching all the way to a generic business unit/company performance measure captures the casual requirement of sound incentive compensation design.

My take away is that the original Microchip plans were due for reexamination based on the references to high plan leverage. The redesigned plans also appear to come up short with regards to the ‘line of sight’ that is common to sound incentive compensation plan design. I’ll be very interested to see how these sales comp plans based on high level measure of company and business unit measures stand the test of time.

I am suspicious when the authors draw broad conclusions based on an anecdote like “record growth and profitability” in an industry that is characterized by such long sales cycles and industry cyclicality. With an anecdote like Microchip rather than a sound body of research data, I am not buying what the authors are selling, are you?